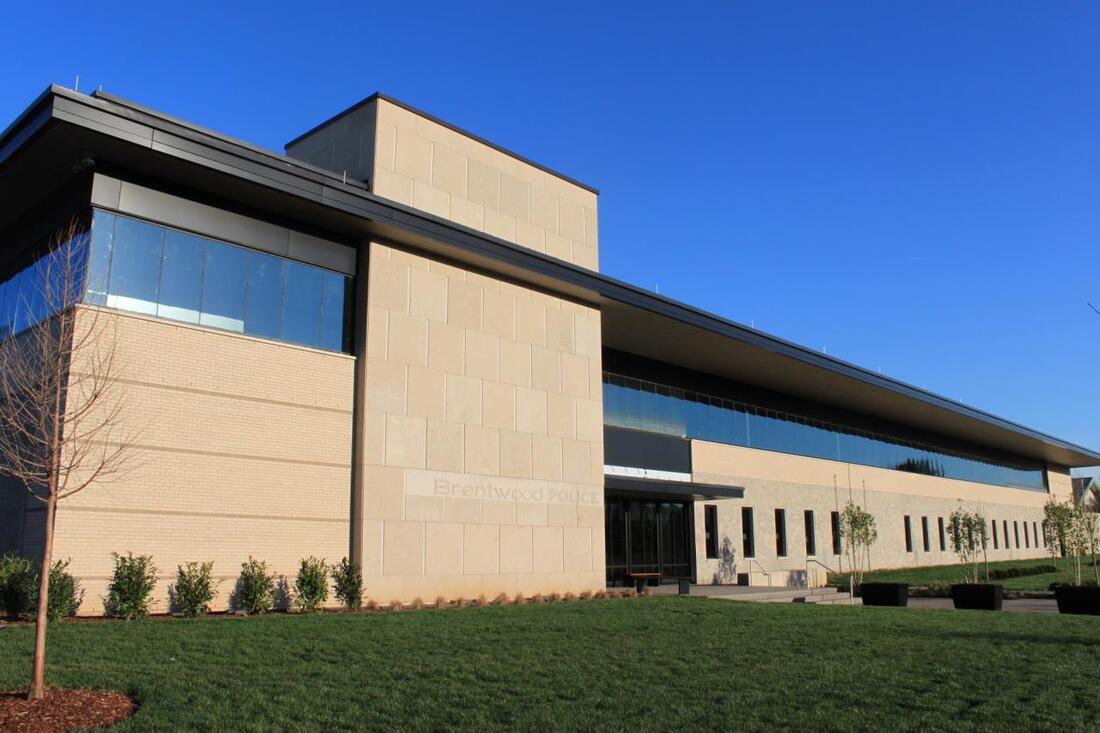 The City of Brentwood will hold a grand opening ceremony and ribbon cutting for the new Brentwood Police Department Headquarters on Thursday, April 29 at 2pm.  Brentwood Mayor Rhea Little, Willamson County Mayor Rogers Anderson, State Senator Jack Johnson, Brentwood Police Chief Jeff Hughes, and Brentwood City Manager Kirk Bednar will lead the ceremonious event held on site of the new police headquarters.   The in-person event is an invitation only event due to COVID and social distancing measures will be in place.  Masks are recommended for guests.

About the Building
The 56,000 square-foot building houses all Police Department employees.  The center also houses the 911 emergency communications center, crime labs, secure interview suite, fitness area, locker rooms, a soundproof defensive tactics training room, a gun range, a sallyport, a memorial plaza for fallen officers and retirees, and a 2,200 square foot municipal courtroom which will also serve as a community room. An ancillary structure will house a Williamson County ambulance and EMS team members. Brentwood Police personnel plan to move into the building by June 1, with police 911 dispatchers moving in by the end of the year.

Training elements of the facility include an indoor gun range with six firing lanes, moving targets, and a ventilation system.  There is also a soundproof room for a state-of-the-art situational training simulator system.  VIDEO

Energy-efficiency features of the building include outdoor LED lights, energy-efficient indoor lights fixtures, and room occupancy sensors, as well as windows, and light wells that allow natural lighting to reach both floors.

Landscaping includes native and drought tolerant plants to reduce water use. Vegetated drainage areas allow storm water to be absorbed rather than running off the site.

The Brentwood City Commission approved the facility to be built in 2017.  Construction began in fall 2019.

This new public safety facility will allow the Brentwood Police Department to exist in their own dedicated facility located more centrally to the community. This facility is an example of a complex building which aggregates a variety of users and space types into a consolidated and clearly organized environment.

Design Highlights:
Most of the building will serve the Brentwood Police with departmental offices and modern laboratory environments offering new investigative capabilities.

-The classroom, defensive tactics, virtual scenario simulation, and firearms range will serve as resources for Brentwood and other area agencies.

-There is a multi-function area featuring an open lobby, public records access, and a municipal court / community room which will provide a new point of public interaction for the city.

-An ancillary structure on the grounds will serve as a new emergency medical services station for a team of first responders and an ambulance.